The way is clear if there is will 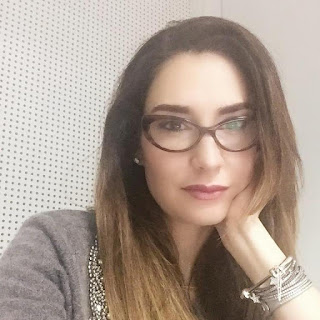 Greek Cypriot leader Nicos Anastasiades, who was recently reelected in the presidential elections in the southern part of the island, and Turkish Cypriot leader Mustafa Akinci are expected to meet soon. During this meeting, the two leaders will have to assess whether there is a possibility to revive the talks that failed in July, and discuss what kind of a roadmap a possible new process should follow.

Provided that both sides have the will to return to a results-oriented negotiation process, the way forward is actually very clear.

Guterres framework should be formally confirmed

On 30 June 2017 in Crans Montana, United Nations Secretary General Antonio Guterres tabled a document for the simultaneous resolution of the outstanding core issues across the six chapters of the negotiations.

This document, which came to be called the “Guterres framework”, eliminates extreme positions on highly sensitive issues – territory, political equality, property, equivalent treatment, and security and guarantees - which the sides saved for the ‘big give-and-take’ at the end.

Although both leaders have said they accept it, they must now formally confirm the Guterres framework and make it public as a joint statement. This would preserve the agreements and convergences reached until now, provide a solid basis for the resumption of negotiations, and serve as a concrete roadmap for the process.

Such a step would also encourage the UN, which is looking for a clear determination on both sides before it decides to assist another process.

As a matter of fact, the Secretary General says that the two leaders were very close to reaching this strategic agreement that is basically the essence of a comprehensive solution in Crans-Montana, and states that the UN is ready “to assist the sides, should they jointly decide to engage in such a process with the necessary political will, in order to conclude the strategic agreement that was emerging in Crans-Montana.”

According to the Secretary General, “an early agreement at the strategic level would immediately provide each side with the needed reassurance that the overall settlement would contain those elements that are of key importance for each community and thus provide impetus for completion of the remaining technical details.”

As the Secretary General points out, the details may be concluded at a technical level after an agreement at the strategic level within the Guterres framework.

UNSG will make the final decision

Inarguably, the resumption of such a process, and the conclusion of an agreement in line with the Secretary General’s suggestions, depends entirely on the sincere will of the two leaders.

The Secretary General points to this fact by writing in his report:

“Even if all the core enablers are in place, as they appeared to be in Crans-Montana in late June, I am convinced that the prospects of finally pushing this process over the finishing line will remain elusive without the strongest of political will, courage and determination, mutual trust and a readiness on the part of all parties to take calculated risks in the last and most difficult mile of the negotiations.”

Exactly for this reason, UN’s support to a new process is conditional to the determination of the two leaders. Through his representatives here, the UN Secretary General, is currently closely following everything that is said, done, and not done by the sides. He will make a decision on the viability of a new process in the near future. Although there is no timeframe for this decision, signs are that the UN Security Council is determined to scale back the UNFICYP and UN Good Offices presence in Cyprus in July 2018 if prospects for a resumption have not emerged by then.

Territory
Need to adjust the map presented by the Turkish Cypriots to respond to concerns expressed by Greek Cypriots regarding some locations.

Political equality
Rotating Presidency with 2:1 ratio
Decision-making (effective participation): simple majority with one positive vote with deadlock resolving mechanism/ in cases where issues are of vital interest for the communities

Equivalent treatment
Free movement of goods (= customs union + a quota to be agreed for primary agricultural products), services and capital are ok.
Free movement of persons: the regime will permit tourists, students and seasonal workers. For those seeking permanent residence, equitable treatment will be granted to Greek and Turkish nationals in Cyprus.

Security and guarantees
Secretary General outlined that he did not think that a system in which right of intervention would remain would be sustainable. He said that areas that are under the Treaty of Guarantees could be replaced by adequate implementation monitoring mechanisms, covering various aspects, to be mutually agreed. In some of these, Guarantor Powers could be involved. A security system should ensure that both communities feel safe in a united Cyprus, while the security of one should not come at the detriment of the other.
The issue of troops is a different question relative to the Treaty of Guarantees, and to be handled in a different format. Issues related to troops (numbers, withdrawals if and when they will need to leave, timelines, etc.) to be agreed at the highest level when time is ripe.