Cyprus - the island where being just a Cypriot isn’t allowed

I was very disturbed and disappointed when I received a form from my child’s school asking for, among other things, the religion and ethnicity of my child. I was also to choose which ethnic minority group my child belonged to. The asterisk on these questions indicated that this information was required by the Ministry of Education and Culture of the Republic of Cyprus.

Not only were these questions difficult to answer for reasons I will try to explain, requiring such information is against EU law. Directive 95/46/EC of the European Parliament and of the Council openly states that the processing, including collection of personal data including ethnic origin and religion is prohibited and can only be done with the subject’s consent, or by providing anonymity.

By requiring these personal and private data on a form where the child’s and parents’ names are openly stated, the Ministry is neither asking for consent, nor providing anonymity and thus, is openly in violation of EU law.

Coming to the difficulty of answering these questions… My children, as children of atheist parents, have grown up to this day, knowing that there are a number of religions in the world, but mom and dad don’t believe in any of them. They also know that they are free to choose in the future, to believe in a religion or not to believe at all, but this is a totally personal matter, which only depends on what they feel in their hearts. Who am I to assign or not assign a religion to my children?

And ethnicity… What ethnicity are my children? Cypriot - since my ancestors as far as I can go back are all from Cyprus? Does the fact that the Republic of Cyprus will not give them Cypriot citizenship because they are children of a mixed marriage make a difference? Does the fact that they are Cypriots denied of Cypriot citizenship make them non-Cypriot? Should I try European? Or Turkish? And to be honest, what are we really? In an age when mixed marriages are so common and DNA tests are rewriting the family histories of millions of people, being required to ‘choose’ an ethnicity for my child feels ridiculous to say the least. ‘How did my friend answer this question,’ I wondered to myself. ‘What ethnicity did she write for her beautiful children of a Turkish Cypriot mother and a Greek Cypriot-British father?’ How about my Panaman-Cypriot friend with an Italian husband? ‘What did she write?’ And my Turkish friend with a German-Turkish Cypriot wife? …

And the ethnicity question didn’t end here. I was also required to indicate which ethnic minority group in Cyprus my child belonged to. I had only four choices: Turkish Cypriot, Armenian, Maronite and Latin. I have brought up my children telling them that they are Cypriots. Nothing else…  Just Cypriots! So now, just because a civil servant feels like it, I have to classify my child into an ethnic minority?
And I wish this was the only problem with this question. Obviously, the form was not after the numerical ethnic minorities in Cyprus, where there are a significant number of British, Russians, Sri Lankans, Pilipinos etc. It was after the constitutional minorities – those stipulated in the constitution of the 1960 Republic of Cyprus – Maronites, Armenians and Latina. With one exception though... Turkish Cypriots were conveniently added to the constitutional minorities in this form. (The Republic of Cyprus was formed in 1960 based on a power-sharing agreement between Greek Cypriots and Turkish Cypriots. Maronites, Armenians and Latina are stipulated in the Constitution of the Republic of Cyprus as minorities of the Republic)

When I reacted against this form by posting it on social media, many friends complained that they had to choose between being a “Greek Cypriot” and a Turkish Cypriot” on their driving license documents and other official papers. How do children of Turkish Cypriots and Greek Cypriot parents feel? Where do they fit themselves in? How about Turkish Cypriots, who stayed in the south after the division of the island with their Greek Cypriot neighbors and cannot speak a word of Turkish? How have we forced them to categorise themselves? How on earth did we fail - to this extent - to overcome the divisions imposed on us and build a state and institutions that accept and promote “Cypriotness”? How have we been terribly discriminating against, and worse, ignoring the existence and identity of so many people, who just feel “Cypriot?” Do we really have no space in official documents for Cypriots, who do not feel purely Greek Cypriot or purely “minority” Turkish Cypriot or purely Maronite, Armenian or Latin? Why can’t we just be Cypriots in this country? 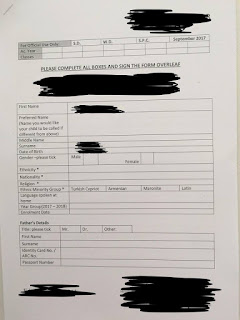 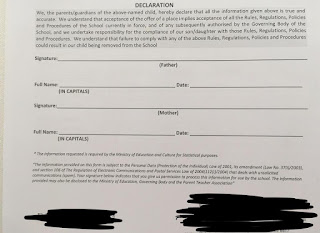