The MIT official continued: "I urge you to convey to Akinci. It will be the best for him, his family, and his close colleagues to withdraw his candidacy. Tell him to announce this on Facebook tonight. We come from the very top. Nobody and nothing is more important than Turkey's survival." 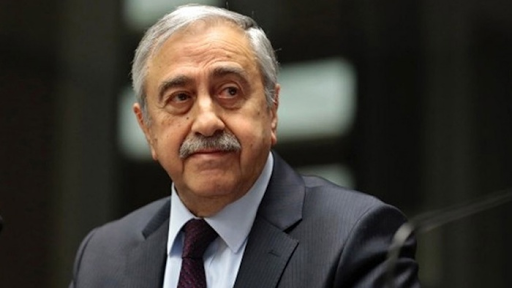 An investigation on allegations of Turkey’s interference in the 2020 elections for the Turkish Cypriot leader has revealed shocking details of threats, pressures, and blackmailing against incumbent leader Mustafa Akinci, as well as other candidates and journalists.

The report by a team of civil society representatives, lawyers and researchers details blatant interference by Ankara in the elections in favour of right-wing politician and current Turkish Cypriot leader Ersin Tatar. Tatar won the elections with 51.69 percent of the votes, ousting Akinci, a leader who was committed to finding a federal solution to the Cyprus problem.

The report, which was published today, includes some shocking revelations by Akinci, his private secretary Cenk Gurcag, politician Serdar Denktas and a number of journalists.

Akinci told the rapporteurs that a team from Turkish Intelligence Agency MIT, directed the elections on behalf of Tatar. Akinci's private secretary Cenk Gurcag was invited to meet with the MIT officials. According to the report, the MIT officials told Gurcag:

"The enemy is at the door. We need people, who love Turkey, who will not betray Turkey, who will cooperate with Turkey, to lead this place. We don't want Akinci here. He will not win. We will make sure he doesn't win. Even if he does, nothing will be the same. We know everything about the people close to him. We know every breath they take..."

The MIT official continued: "I urge you to convey to Akinci. It will be the best for him, his family, and his close colleagues to withdraw his candidacy. Tell him to announce this on Facebook tonight. We come from the very top. Nobody and nothing is more important than Turkey's survival."

According to the report, after finding out about this threat, Akinci summoned Turkey's ambassador to his office. The Turkish ambassador refused saying: "It is Ankara's orders. I cannot come."

The report also includes a conversation between Akinci and Turkey's ambassador in Nicosia.

"You want federation. You want a different identity regarding Turkishness. You want the Turkish Cypriot identity. Turkey, with all its institutions wants a change here," the ambassador told Akinci, according to the report.

In an attempt to support the right wing candidate, Turkish President Recep Tayyip Erdogan, days before the election, had opened a part of the sealed-off city of Varosha for visits. Turkish officials visited villages telling voters not to vote for Akinci. In an effort to remove Akinci, Ankara in early August, invited Turkish Cypriot right-wing party leaders to encourage them to agree on a joint candidate to compete against the Turkish Cypriot leader. The Turkish ambassador in the northern part of Cyprus invited a number of deputies to his residence to garner support for Tatar. Tatar also paid two unexpected visits to Ankara in the week before elections where he was promised cash injections to the Turkish Cypriot economy. There have also been a spate of phone calls and visits to leaders of local communities, club managers, a and businessmen offering them generous support in exchange for votes supporting Tatar.

Akinci and Ankara have been at odds mainly over the solution of the Cyprus problem after negotiations failed in July 2017. Their relationship deteriorated further in 2020 when Akinci, in response to a question by the British newspaper The Guardian on the possibility of Turkey’s annexation of the North, said: “It’s a horrible scenario.” The Turkish Cypriot leader was relentlessly criticised and, some would say threatened, by Turkish officials.

If Akinci is elected he will have very bad things happen to him. So he should withdraw, buy his ticket and fuck off to the United States."

Journalist and head of Turkish Cypriot Journalists Union BASIN-SEN Ali Kismir, told the rapporteurs that he was invited to meet with a team from Turkey. "They told me they were the ambassadors of the Republic of Turkey," Kismir is quoted as saying in the report.

The team told Kismir: "We are here to make sure Akinci is not elected. He will not be elected. This man is a US agent. This man is an enemy of Turkey. This man is cooperating with the Greek Cypriots."

Kismir was also told to convey this message to Akinci:

"If Akinci is elected he will have very bad things happen to him. So he should withdraw, buy his ticket and fuck off to the United States. We know that he has a Greek son-in-law. We know what his daughter is up to… For the sake of the future of Turkey and the TRNC, Akinci should not be elected. If he is elected very bad things will happen. Something will happen to him. We don't know what that might be. He is only symbolically sitting there anyway. His mandate is over."

Kismir was also told that he is on a list of ‘enemies of Turkey.’

"Whether he (Akinci) is elected or not, we have a list for after the elections. We know all the enemies of Turkey. We know all the agents. We will take all of them to Turkey" Kismir was told by the Turkish team. He was also told his name would be deleted off the list of 'the enemies of Turkey' if he withdraws his support for Akinci, according to the report. Kismir is told some 50 journalists have been persuaded to withdraw their support and he is the only remaining one.

Serdar Denktas, who was also a candidate in the elections, told the rapporteurs that he was told by MIT officials to withdraw his candidacy. "If you withdraw your candidacy, you will be able to establish the good relations that you haven't so far been able to establish with Turkey (Recep Tayyip Erdogan)" he was told, according to the report.

Journalist Rasih Resat, who worked in the election campaign of Denktas told the rapporteurs that he was pressured by the Turkish embassy officials to leave Denktas's campaign and to join Tatar's campaign. "I was declared persona non grata when I refused" he is quoted as saying.

Journalist Pinar Barut, who published photographs showing that AKP's publicity team along with Turkish Vice President Fuat Oktay were on the island working on behalf of Tatar, told the rapporteurs that she was threatened.

Barut was called an agent working for foreign intelligence agencies through an official press release published by Tatar’s office the next day. She also told rapporteurs that she received a phone call from a person close to Tatar asking her who her source was.

"When I told him I would not reveal my source, he told me that I would be arrested when I set foot in Turkey for being an agent. He told me 'I am saying these for your own good. If you tell me who your source is, nothing will happen to you" Barut is quoted as saying.

Although Republican Turkish Party CTP leader Tufan Erhurman, who was also a candidate, spoke with the rapporteurs. However, because he later refused to sign his deposition, his statements were not included in the report.

For the full report: