Thousands of Turkish Cypriots are protesting Turkey’s unilateral actions in Varosha ahead of Turkish President Recep Tayyip Erdogan’s scheduled visit to the island where he plans to have a picnic in the fenced-off city. 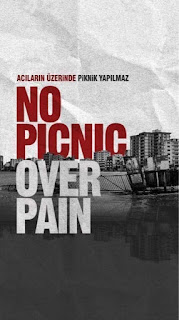 Last month, a beachfront and the Demokratia and Kennedy avenues within Varosha were opened to visitors between certain hours. Varosha is a town in the northern part of Cyprus, which has been fenced off as a forbidden military zone since 1974, when its Greek Cypriot population fled from the advancing Turkish army. It is among the places to be returned to its lawful former Greek Cypriot inhabitants under the control of the future Greek Cypriot constituent state within the framework of a comprehensive federal solution on the island. Recently however, Turkey has been vocal about plans to open Varosha under Turkish Cypriot control despite United Nations Security Council resolutions prohibiting the move.[1] The UN Security Council recently called for a reversal of the decision to open the coastline in the fenced-off area of Varosha in Famagusta and to adhere to UN resolutions. The Council expressed concern over Turkey’s actions and called on the parties to avoid any unilateral action that could raise tensions on the island.

In an unprecedented joint action, a total of 62 Turkish Cypriot and Greek Cypriot civil society organisations, trade unions and political parties made a statement protesting Turkey’s unilateral steps in Varosha. Such initiatives undermine “not only the peace process and regional stability, but also the relations between our communities,” the statement said.

“Fait accompli initiatives of a forced and unilateral nature feed into the nationalistic narratives and groups on both sides of the divide, increase the chances of political retaliations and further poison the climate, which is already damaged, especially after the interruption of crossings.”

Referring to the planned picnic by Turkish President Erdogan, the statement said: “Adding insult to the injury, the celebratory nature of this initiative, built as it is on the painful memories of the legal residents of Varosha, pains our conscience.”

Turkey’s plans about Varosha were expedited last month during the election period for the Turkish Cypriot leader. In a move widely seen as an attempt to sway results against former Turkish Cypriot leader Mustafa Akinci, Turkish President Erdogan and Akinci’s rival Ersin Tatar announced the opening of part of the sealed-off city of Varosha for visits days before the election.

A number of civil society organisations are planning demonstrations against Erdogan’s visit.

On Friday, Turkish Foreign Minister Mevlut Cavusoglu arrived in the northern part of Cyprus to prepare the grounds for Erdogan’s visit, he said on Twitter. Intensive work in the part of Varosha, where the picnic is planned is continuing with lawn and trees being planted, landscaping work being done and asphalt being laid.

Turkish Cypriots have been increasingly vocal against Turkey’s intervention in their elections and plans about Varosha. In a demonstration last week, thousands of Turkish Cypriots marched in the streets of the divided capital Nicosia calling for an end to Ankara’s interventions and control in the northern part of Cyprus, and for free will and democracy.

“Ankara get your hands off our collars” and “Democracy, not submission” were some of the slogans the crowd chanted. Among banners, were those in protest of Turkey’s unilateral steps in Varosha. “No picnic over others’ pain” read a popular banner.