Esra Aygin
Cyprus Republic’s decision to close its airspace to Russian aircraft and circulating a map showing the whole of Cyprus, has sparked a debate in the northern part of Cyprus on whether Turkish Cypriots have their own separate airspace. 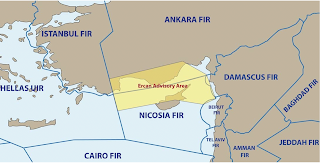 Turkish Cypriot leader Ersin Tatar immediately reacted to the decision, saying Greek Cypriots cannot take decisions about the airspace in the northern part of Cyprus. “No one can encroach on our airspace,” said Tatar in a statement.
Challenging this, President Cem Kapısız of the Turkish Cypriot Air Traffic Controllers Union asked: “If we indeed have an airspace, where does the money from the route charges go?”
A route charge is a fee collected for each flight performed in a an airspace or route charging zone.
“Where the Turkish Republic’s airspace ends, the Republic of Cyprus’ airspace begins,” Kapısız told the Cyprus Mail. “They are separated by a line. So, the route charges go to Turkey north of that line, and to the Republic of Cyprus south of that line. To say that the northern part of Cyprus has an airspace is like saying that the Turkish Republic of Northern Cyprus is a state. It is merely a claim that is not substantiated.” 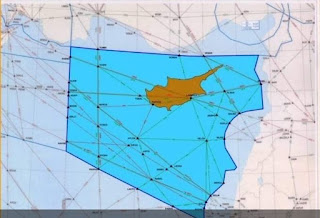