Only 33% of Cypriots have contact with the other community

Despite the proven effectiveness of contact in overcoming lack of trust and reducing prejudice, a recent study has shown that contact between Turkish Cypriots and Greek Cypriots still remains at low levels. 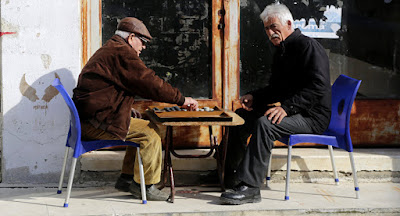 According to the study conducted by Associate Professors Deniz Yucel and Charis Psaltis, only 33% of Turkish Cypriots and Greek Cypriots have contacts with the other community. Movement across the divide is possible since 2003 when the Turkish Cypriot authorities eased a decades-long travel ban.

“Prior research in Cyprus and abroad has shown that as contact increases, so does trust, while prejudice decreases,” said Sociologist Yucel and Social and Developmental Psychologist Psaltis. “In fact in a review of the relevant research on the two communities, the positive effect of contact in Cyprus, in both communities, is almost double the effect researchers find in other parts of the world. Usually the first reaction of the youth, who did not have the chance to meet members of the other community up to now, is “they are just like us!” Psaltis added.

For the purposes of the study, the Turkish Cypriot and Greek Cypriot samples were divided into younger group (10 years and younger in 1974) and older group (10 years and older in 1974 - thus having some memories of cohabitation in the past). All samples were asked questions to assess the quantity and quality of contact they had with the other community, as well as levels of prejudice towards the other community and willingness to live together.

The Greek Cypriot older sample had the lowest prejudice towards the other community and was the most willing to live together. This might be due to the fact that "older Greek Cypriots experience lower levels of threats and anxiety compared to younger Greek Cypriots. Most importantly, there is a significant number of internally displaced people among older Greek Cypriots, who want to reach a solution, and they are therefore usually more pro-reconciliation and thus report more willingness to live together with the Turkish Cypriots" said Yucel and Psaltis. 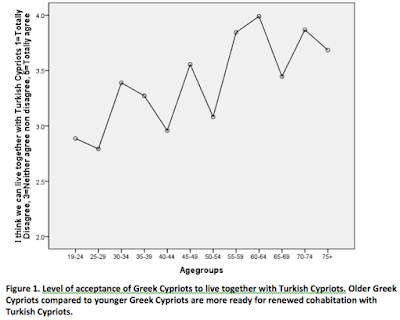 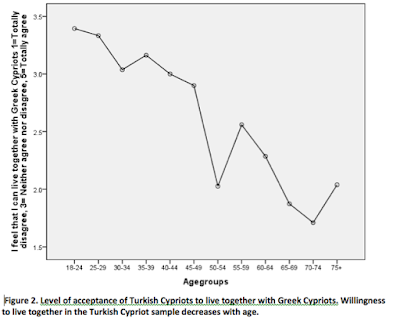 “Given that our aim is to reunify the island there should certainly be more contact taking place, highlighted Psaltis.

“In post-conflict societies, contact has to be regular and positive so that the mistrust and prejudices are overcome and integration is achieved,” said Sociologist Yucel.  “Moreover in contexts of total segregation, like Cyprus, even the importance of a few occasional meetings should not be underestimated as it still is an opportunity to deconstruct stereotypes. The main goal should therefore be to improve both the frequency and quality of contact for all groups in the population” Yucel added. 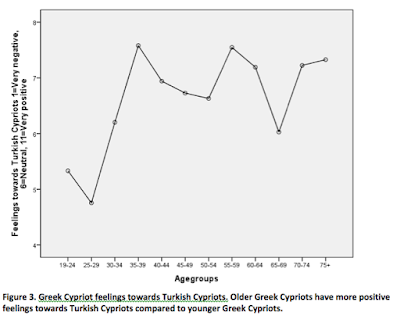 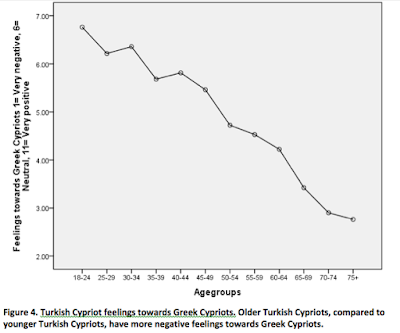