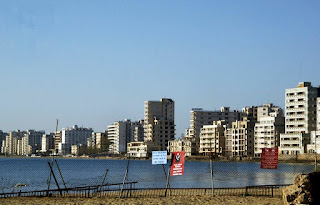 Media reports on the issue earlier this week had stated that Varosha would be opened under Turkish Cypriot control.

“That is not true the,” the source said. “All the work that is being done is towards opening Varosha under the UN control in line with UN resolutions and international law. Nobody is talking about opening it under Turkish Cypriot control.”

UN Security Council Resolution 550 of 1984 call for Varosha to be handed over to the administration of the United Nations and resettled by its former inhabitants.

Varosha was abandoned in August 1974 as the Turkish army was advancing.
It was subsequently fenced and closed-off with all access, except of Turkish military, barred.

High-level working groups with representatives from the northern part of Cyprus and Turkey are currently working on devising a detailed plan on Varosha.