Let down by the Cypriot leaders 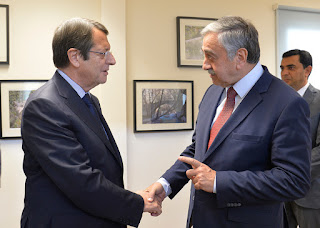 by Esra Aygin
The storm over the controversial Enosis vote, that not only virtually derailed the negotiations process, but also created a huge loss of faith in a solution, demonstrates the grave lack of leadership as well as failure in building positive peace and confidence among the communities in Cyprus.
The majority of Turkish Cypriots and Greek Cypriots, including the political elite, don’t know each other, don’t understand each other’s sensitivities, fears and traumas, and don’t trust each other.This is why so many Greek Cypriots were truly surprised by the Turkish Cypriots’ reaction against the parliament’s decision to annually commemorate a 1950 Enosis petition in schools.
This is why so many Turkish Cypriots can get upset when they are challenged about the July 20, 1974 ceremonies. This is why the leaders could immediately resort to nationalistic rhetoric and get away with it. And this is why both communities can so readily be convinced that “the other side never wanted a solution anyway”.
And the leaders, who should be guiding their communities in empathising, understanding and communicating with each other, and protecting the negotiations process with all they have, fell into the trap of the opponents of a solution, adopted the language of extremists and shook the negotiations process as well as the faith in a settlement to its very foundations.
Turkish Cypriot leader Mustafa Akinci and Greek Cypriot leader Nicos Anastasiades have been negotiating for the last 22 months with the aim of unifying Cyprus under a federal umbrella.They not only adopted a non-participatory method that doesn’t involve the civil society, but also repeated the mistake of their predecessors by not placing emphasis on measures that would build confidence among the two communities.
The solution process, which has not been complemented with confidence-building measures to cultivate trust among people, is naturally very fragile.
The damage in the last three weeks caused by the blame game and tension between the leaders – and Turkish and Greek officials who didn’t miss a chance to trade barbs – is much bigger than the damage caused by the Enosis vote itself.
It is no longer important why and how and by whom the crisis began or who left the table first, or who is right and who is wrong. The important thing is that both leaders have let us down.
They have failed in engaging in a direct dialogue and resorted to public bickering. They have failed in standing together and showing that the fascistic, hypocritical, populist demagogues cannot ruin their quest for peace. They have failed in being more concerned about the future of this island and its people, instead of the past. They have failed in being visionary leaders rather than myopic, irresponsible politicians.
As the United Nations Secretary-General’s Special Advisor in Cyprus, Espen Barth Eide, very rightly said, this should have been a struggle between Cypriots who want to unify Cyprus and those who don’t want to unify Cyprus; not between Turkish Cypriots and Greek Cypriots. Unfortunately the leaders have shown that they are not big enough for this, and let down generations of Cypriots, who have been waiting and working for peace all their lives.
http://in-cyprus.com/let-down-by-bickering-cypriot-leaders/