Guest post by Fiona Mullen: Why the status quo is far more dangerous than a settlement


“Keep your friends close and your enemies closer” 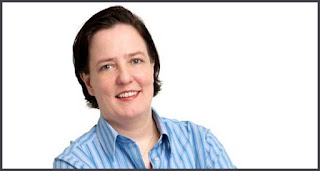 I have spent most of the past 15 years writing about the positive reasons for solving the Cyprus problem. About how it will be good for the tourism, professional services and construction, about how it could breathe new life into Famagusta, and about how it will increase this small country’s diplomatic weight in the world. You can find links to four co-authored reports published by PRIO on my company website.

However, recent developments in the region have underlined a negative but very urgent reason why Greek Cypriots should want to solve the Cyprus problem, namely the island’s security.

For 44 years Greek Cypriots were more or less isolated from what was going on around them. The US had leverage over Turkey, a NATO ally. So did the UK. Both could use their influence to temper Turkey’s responses. I do not know for sure, but I would be extremely surprised if the US did not do a lot of background work to ensure that Turkey’s response to the first offshore drilling that took place in 2011 was confined to a seismic ship. Back then, it helped that there was also still an “EU prospect” for Turkey, even if EU membership was always a long way away.

All of that has now changed. While still nominally in NATO, Turkey’s leadership talks as though the US is public enemy number one. No one even pretends any more that Turkey will join the EU. While the UK’s relations with Turkey are a little better, the country is deeply distracted by Brexit, which limits what it can do, especially in the absence of the US.

Add to this the character of the US president, Donald Trump, and it is clear that US engagement in Cyprus, let alone its support, can no longer be taken for granted.

This makes Cyprus, a “soft target”, extremely vulnerable. I do not need to remind Greek Cypriots what happened in 1974 the last time the UK was in mid-crisis and the US did not appear to have a strong view on what Turkey did in Cyprus.

The situation leaves Greek Cypriots with two choices.
• Pretend nothing has changed and believe that poor relations between the US and Turkey will leave them untouched.
• Get back to the negotiating table and work together with Turkish Cypriots and Turkey on a settlement in which a united Cyprus and Turkey are economically interdependent.
Natural gas could be a key incentive. One idea put to me was that Turkey pays to build a gas pipeline from Aphrodite to the Turkish coast, and a federal Cyprus pays back the investment in gas supply. This gives Turkey a good incentive to keep up good relations with the island.

A bilateral investment treaty allowing Turkish companies to use Cyprus as a launchpad to invest in the EU would also bolster incentives across the island, as most of this business is conducted out of Limassol.

A Famagusta centre for maritime cooperation, with Israel, Russia, Turkey, Greece and others, all working together, would add a regional incentive to keep us all safe.

Tax breaks for joint ventures between Greek Cypriots and Turkish Cypriots could allay concerns of distributors and franchisees.

Greek Cypriots often tell me that it cannot be done. They can never trust Turkey. But remember that France and Germany spilt each others’ blood for hundreds of years before they started making peace through trade. Hitler’s Nazi Germany exterminated 6 million Jews. But today Germany is Israel’s third largest trading partner.

You do not have to like a country to do trade with it. All you need is a market. Trade alone will create enough interdependence between the two countries to make it too costly for anyone to think of starting trouble.

Other Europeans have done it. Now it is Cyprus’ turn.