Concern over increase in crime in the north 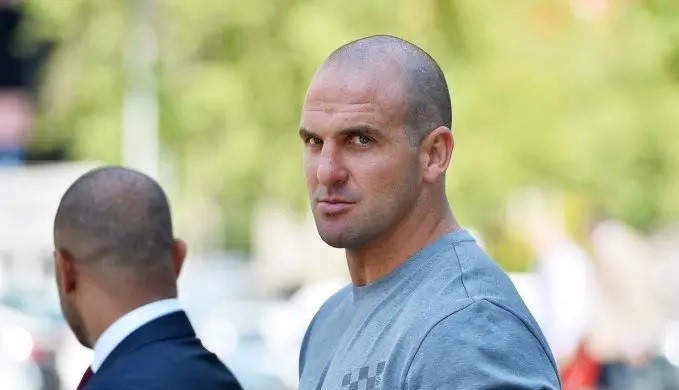 There has been a drastic increase in crimes in the northern part of Cyprus as well as the number of foreign criminals, according to head of the Nicosia High Criminal Court, judge Fadil Aksun.

The increase in the crime rate in just the Nicosia area alone was 38 per cent this year and is considered an accurate representation of the increase in the whole of the north. Most of the crimes are related to drugs, theft, sexual assault and grave harm, as well as some new forms of crime such as illegal gambling and betting, and the laundering of the money made through these activities.

Judge Aksun, who was speaking at the closing ceremony of the 2021-2022 judicial year of the Nicosia High Criminal Court earlier this week, drew special attention to the increase in the number of foreign criminals in the country. Currently, there are 722 inmates in the central prison. Two-hundred-and-eighty of these are foreigners from third countries and 250 are from Turkey.

One of the reasons is the fact that the northern part of Cyprus is not internationally recognised and therefore, has difficulty in exchanging information and documents with third countries, according to Aksun.

“This has turned our country into a centre of attraction for criminals,” said the judge. “This, unfortunately, is contributing to the increased crime rates in our country. When we look at the profile of the criminals, we see that there is a significant increase in the number of foreign criminals each passing year.”

In fact, Australian fugitive and underworld boss Mark Buddle, who is sometimes described as Australia’s most wanted man, was arrested in the north last month.

Buddle had fled Australia in 2016 after being named a person of interest in a murder investigation. Since he fled his country, the Sydney-born fugitive spent time in the Middle East before finally settling in the northern Cyprus, which does not have any extradition treaties with any country except Turkey.

Unaware of his past, Turkish Cypriot authorities even granted Buddle residency due to his “high income”.

Besides attracting criminals due to its unrecognised status, the north has also become a place where foreign students are increasingly being involved in or pushed into crimes, according to Aksun.

“The culprits of especially drug-related crimes are mostly university students from the third countries, and this saddens us,” said Aksun.

The judge drew attention to the fact that there are many foreigners, who come on student visas, register in universities, but then drop out to illegally stay on the island.

“We are observing that these people, who are in the country illegally, participate in the illegal labour force, drug trade, or money laundering activities to be able to earn a living,” the judge said.

However, the US State Department’s Trafficking In Persons Report in 2022 explains that foreign students in the north are most of the time victims rather than culprits. The report explains that the foreign university students – mostly from African countries – come to the northern part of Cyprus usually on false promises of scholarships, free housing and employment. These students, who enter on student visas, “are vulnerable to both sex and labour trafficking”, the report says. “Traffickers force female students into sex trafficking in apartments and male students into forced labour or coerce students to commit crimes such as transporting or selling drugs.”

The problem arises from the higher education policy, which could be summarised as ‘opening as many universities as possible and attracting as many students as possible’. The higher education sector, which is one of the engines of the Turkish Cypriot economy, has grown in an uncontrolled fashion in the last decade as one university after another opened its doors to a flood of overseas students. There currently are more than 100,000 students in over 20 universities. The lucrativeness of the business, coupled with the ease with which student visas are issued, and lack of controls or supervision over whether individuals entering on a student visa are indeed going to school, boosted the foreign student numbers.

Director Mine Yucel of The Center for Migration, Identity and Rights Studies, highlights that student visas, in some cases are being used as a way to legitimise illegal dealings. A report titled “Problems faced by foreign students in Cyprus” by the Eastern Mediterranean University Academic Staff Union DAU-SEN published two years ago seconds Yucel’s findings.

“Among those Africans, who arrive in Cyprus on a student visa, are some, who are from the world of crime and who, after registering in a university for just one semester, engage in all kinds of illegal activities such as drug trafficking, prostitution and money laundering,” said the report.

“Many students have stated that some act as agents and force vulnerable students into prostitution, threaten and intimidate them and even apply physical violence. Economic hardships push students to drugs both as users and sellers.”