A recent court decision about two Turkish Cypriot children, who had been waiting for years for a response to their Cypriot citizenship applications, is a “critical milestone in the fight for citizenship, which is a long and arduous road” according to lawyer Murat Metin Hakkı.

The administrative court in the Republic of Cyprus, last month, ruled in favour of the two Turkish Cypriots, who filed cases of administrative negligence against the state. The court said that Cypriot authorities acted in violation of the law by not responding to the application within a reasonable period of time. 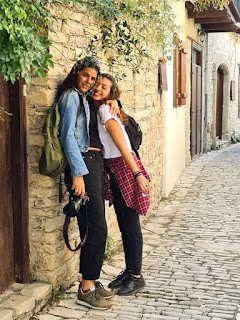 The plaintiffs, born from a mixed marriage between a Turkish Cypriot and a Turk, are among thousands of applicants who have applied for Cyprus citizenship and who have been waiting for years. In most cases the applicants are not officially denied citizenship, but their applications are left pending indefinitely. They are also not given any proof of their application or a case file number. It is estimated that about 10,000 children were born from mixed marriages between Turkish Cypriots and Turks. Many of these children remain stateless because the nationality of the self-styled Turkish Cypriot entity does not constitute a nationality under international law.

The main issue here is the denial of Cypriot citizenship to the children of mixed marriages, lawyer Hakkı tells the Sunday Mail. “This is what we need to challenge at the European Court of Human Rights. And this administrative court decision has enabled us to get a grip of the situation.”

Following this decision, the Turkish Cypriots received a negative answer to their application on the grounds that the father entered the country illegally.

“Now we will move on to the second stage and take this denial to local courts,” explains Hakkı. “And if that does not prove to be an effective internal remedy, then we will go to the European Court of Human Rights.”

According to Hakkı, this process is likely to take another five to ten years. But a favourable decision by the ECHR will open the way for thousands of other children, who are awaiting Cypriot citizenship.

“A favourable decision by the ECHR would force the Republic of Cyprus to change its policy and take children’s rights and human rights into consideration,” says Hakkı.

The lawyer is optimistic about the ECHR decision: “The chances of success at the ECHR is very high. You cannot victimize these children, who have no fault or responsibility in all of this. You can deny passports, IDs, even entry to the ‘illegal’ parent. But you cannot punish the child. The child has no chance to choose their parents.”

Hakkı especially refers to two main international conventions, which, according to Article 169(3) of the Republic of Cyprus Constitution, have precedence over national law. These are The UN Convention on the Rights of the Child, and The European Convention on Human Rights.

The UN Convention on the Rights of the Child bans any kind of discrimination against any child based on “the child's or his or her parent's…race, colour, sex, language, religion, political or other opinion, national, ethnic or social origin, property, disability, birth or other status.”

The European Convention on Human Rights states that the enjoyment of any right “shall be secured without discrimination on any ground such as sex, race, colour, language, religion, political or other opinion, national or social origin, association with a national minority, property, birth or other status. It further adds that “no one shall be discriminated against by any public authority on any ground such as those mentioned.”

Cyprus is signatory to both conventions.

According to Republic of Cyprus law, any child of at least one parent, who has Republic of Cyprus nationality, should also get citizenship. A provision was later added to give the discretion to the Council of Ministers in cases where any one of the parents entered the island illegally i.e., from the ports and airports in the northern part of Cyprus; or the residence of any of the parents is illegal i.e., in the northern part of Cyprus.

However, these criteria are not being consistently applied, according to Hakkı.

“The Council of Ministers looks like it opened a door for children of mixed marriages, but only some children could go through that door. Others did not.”

In fact, the Turkish Cypriot mother and Turkish father of 5-year-old Pera Pınar met and got married outside of Cyprus. Pera was born in the Republic of Cyprus and has been awaiting a response to her citizenship application since 2018.

The recent decision by the administrative court “does not give me much hope,” says Pera’s mother Çim. “It is positive, but there is still a long legal process of many years before anything concrete can happen. In the meantime, my child is deprived of the most basic rights in the country she was born and lives.”

17-year-old Nehir Göker has been waiting for a Cypriot passport and ID card for all her life. Not getting any approval or denial, her mother Nafia finally applied to the Ombudsman in the Republic of Cyprus in 2017. The Ombudsman responded by informing her that recommendations had been made to the Ministry of Interior and the Civil Registry and Migration Department to ensure that citizenships are granted within a reasonable timeframe where the Council of Ministers criteria are met, and that the applicants are informed in writing about the reasons that their application cannot be approved where there the criteria are not met.

The Ombudsman also cited a court decision regarding a citizenship application, which ruled that “the different treatment…is reasonable and justified since it aims to address the particular circumstances that the Republic is facing since 1974 and to avoid legalising of unlawful actions.”

“From there on, the only thing left for me to do was to launch a legal battle, but I did not have the financial means to do that,” says Nafia, who is currently a single mother.

“I am concerned about her,” she continues. “She realises that there is a problem with her identity, with who she is. I can’t answer her questions anymore. I did not want to give my child such a bad heritage. She wants to travel but she cannot. She is 17, she is dreaming about a future. The only future I can give her is a university education in this half of Cyprus.”

Nafia and her Turkish ex-husband got divorced in 2007. “I am trying to empathise with them too. I would understand this treatment if Nehir’s father was a soldier, who had come to the island in 1974. But he is not even in Cyprus anymore.”

Forty-three-year-old Emel Kaya is another applicant with a Turkish Cypriot mother and a Turkish father. Her parents met through a Turkish youth magazine, which helped readers get pen pals. She applied for the Republic of Cyprus citizenship in 2005. She is still waiting.

“I was born in Cyprus, I grew up in Cyprus. I have a Cypriot living style. My personality, my character was shaped here. I never felt like I belonged to Turkey. I belong to Cyprus. I want to live here. Everything I have is here. I see this as my country. And I hope one day my country will accept me,” she says.

Emel is married with a Turk with German citizenship, who easily crosses to the southern part of the island with his German ID.

“This hurts me the most,” says Emel. “He is a Turk with a German ID. No questions are asked. When it comes to me, I give my Turkish Cypriot ID and I have to answer who I am, where I come from, how I got this ID, and why I don’t have a Cypriot ID.”

Emel is a poet and a peace activist, who is involved in a lot of bicommunal activities and has a lot of Greek Cypriot friends.

“I am a person strugling for peace and federation, but I am being discriminated against by the Republic of Cyprus,” says Emel. “I am being told that I should not have been born. But those, who are advocating a separate independent state for Turkish Cypriots, who advocate for TRNC, are walking around with Cypriot ID cards in their pockets. We live in a very dystopic place.”

Emel believes that the administrative court’s decision is positive but too late for her.

“I am 43,” she says. “Will I be able to fly from Larnaca like my husband, one day? Will I see the day when I am able to cross without anyone telling me that I am not a Cypriot? I am losing my hope.”